EHIS rolled in her bed as she stretched out her legs and hands, stifling a yawn. Why was it so hard to get up from bed in the morning, especially mornings like this when she was on holidays? She curled back to a corner of her bed and rolled up like a spaghetti ball as she closed her eyes preparing for more sleep. She couldn’t care less about how tired she felt or how her back ached her from too much sleeping, she just wanted to be in her bed because she had nothing to do. Yesterday, she had watched too much of the elections result, read the newspapers and had read too many post online about the INEC and election results. She had watched the certificate presentation ceremony in the afternoon by the INEC chairman to the president-elect; General M. Buhari and so far so good, there was no violence except that some people had made fun of the fact that President Goodluck Jonathan had made a comeback and that the General was said to have lost. Yesterday was just like it always was ‘April Fool’s Day’ and just like every other day, it had come and gone. Ehis punched on her phone as she checked the time, it was 8; 45am. Gosh! It was still too early. What was she supposed to do on a morning like this? She stood up almost frantically as she moved towards the sitting room, she peeked in to see what was happening in there but it was empty. Not a single soul to be found anywhere. Was everybody still asleep at this hour? She tiptoed to her parent’s room but the door was locked. Hmmm…They should have gone to work. She wondered where her siblings were. She knew they always found where to go to but she couldn’t believe that the house was empty at this early hour and she was left alone. The house was neat and tidy and there was food in the kitchen. Everything was in order. Ehis could not understand. Was she dreaming or what? There was something wrong. Uyi and Osas were never this nice and Eseosa, well could be a God sent sometimes but not unless something was promised. Tired of wondering without a clue, Ehis went back into her room and jumped on her bed. Okay, so what could she possibly do? See a movie in her laptop? Play games with her iPad? Surf the net, watch television, read her Francine Rivers novel? This was getting really boring. She looked round and found her DAILY GUIDE sitting on top of the drawer beside her bed. Picking it up, she opened to the part that read;
Thursday, April 2 [Ezekiel 35: 1-15] “I am against you, Mount Seir”
As she channelled her mind to pray, she began reading the words that were written down on the booklet and matching them together with her bible.
Suddenly, her phone rang. Stopping short in her prayer, she stretched her hand to grab her phone, it was her Father. Why was he calling her? She picked as she forced a smile. “Good morning Daddy”
“Good morning Ehinomen, how are you?” he sounded excited
“I’m fine daddy. You left so early this morning; I didn’t get to see you. Orh somi? Is everything alright?”
“Ah, I’m fine dear. Your mum and I didn’t want to disturb you, having worked so hard and making us proud, we just wanted you to sleep peacefully.” He smiled
Ehis could not understand what her father was driving at. What did he mean by her having worked so hard? “Thank you Daddy, I was just praying before you called.”
“Oh yes, you should. God has been so wonderful. He made us have a free and fair election in Nigeria for the very first time and then, you’ve got a scholarship. Isn’t that beautiful? I’ll see you when I get back in the evening. Take care. Daddy loves you.”
Ehis blinked as the line cut at the other end. Ehn! Scholarship ke? What was daddy talking about? Fine, he was glad that the General had made the cut in the presidential phase but what was this news about her getting a scholarship? When did she get it and she didn’t know. As she tried to think of when she applied for a scholarship, her phone beeped twice. She picked it as she saw two messages from Eseosa and Osas.

Eseosa
————————Today———————-
Good morning baby sis mi, I know you’re awake now. I made some of your favourites, I hope you love them? I’m really proud of you getting that Hurford scholarship. I can’t help but thank God for His blessings towards you sis mi. What do you want me to buy for you on my way back from work?
MTN   9:27am

Osas
————————-Today————————–
Big sis, I went for my daily lessons and from there I’ll be heading to the church. There’s a practice going on for Good Friday’s performance, so I may come back late. Don’t worry much, like mummy said, you need rest. Uyi and I cleaned up the house, so everything is taken care of. Uyi is at Laye’s place. Lots of love
MTN   9:29am

Why does Uyi need to be at Laye’s? Isn’t she at home? Why is everyone treating her so nicely because of a scholarship she doesn’t even know about? She began to wonder what might have happened. Then she remembered vivif. She had gone out yesterday to take a walk and then a whimsical idea occurred to her. She ended up at the cyber, printed out stuff, laminated some papers she had printed out from her iPad and walked home smiling mischievously. As she was heading home, her friend Kene had called her and she had pulled a prank on him but that had ended badly as he hung up on her. Remembering yesterday’s incident, she hurried to the dining area to look for the papers. And there they were, sitting proudly on the dining table. She had gotten a scholarship from Hurford granting her six months stipend to stay at Washington D.C, for a youth democratic fellowship plus free airline tickets to and fro and a free visa. How she managed to pull this prank was unbelievable but her APRIL FOOL to her family had turned out to be a major disaster and she had forgotten to tell them it was an April fool prank! Grabbing the papers, she headed back to her room. She looked at her phone again and saw three missed calls. She punched at the screen and saw they were from Kene. Attempting to call him, she pressed her phone beneath her left ear. He picked on one ring.
“Hello” he started
“Hello Kene, Top of the morning to you.” She said as she forced a smile knowing full well he wasn’t quite pleased with her
“Yeah, I guess that should be from your end. Top of the morning to you! Definitely not me.” She could hear the sarcasm in his voice
“Kene…I’m sorry about…”
“Its fine Ehis,” Kene cut in “You don’t have to be sorry. I know I’m in the friend zone and I have no right to have freaked out on you like I did. Are you considering an abortion or what?”
She could still hear the sarcasm in his voice and she didn’t like it. “Kene, it was just a prank okay. I may have pushed it too far but you have to believe that it was just a mere April fool’s prank. I’m not preggo; neither I’m I considering abortion. I’m perfectly fine.”
Kene kept quite not knowing what to say. “Errr…”
“I hope I’m forgiven?” Ehis asked and when no reply came from the other end, she continued “Well, I have to go and think up something’s to say to my family. I pulled a prank on them and now it’s a major disaster.”
“What did you tell them?” Kene asked almost amused
“That I got a scholarship! And now they are treating me like a queen, I’m scared of what they will do to me if they eventually find out.”
“Wow! That’s huge. I should let you be though I haven’t forgiven you yet but we can tackle ours’ later. Go deal with your family. Your ass is in trouble babe”
“I’m telling you. Bye!” she ended the call as she looked round her room thinking of the best possible way to break the spell that she cast. Kneeling down again, she finished her prayers and set to go to the market. She bought her father’s favourite meal ingredients and her mother’s favourite yoghurt. She didn’t have much money to spare but to repair the damage; she’ll do whatever it cost.

Whatever my head has birth to life, you shall read 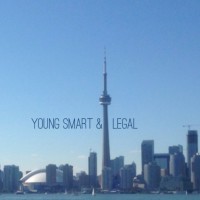 with the occasional book reviews

Life and Times of the Last Ink Bender

Legend of Pen Zhen and the machinations of his thought processes...

Travel with a Pen

A Food, Techy and Travel blog

Working up to His Standard